In Summer 2022, the Network will bring together 10 Ph.D. candidates from programs around the world in Economics, History, Political Science, and Sociology for a two week workshop at Berkeley which will allow them to collaborate with faculty and each other to define what a new political economy could look like. The Summer Institute will provide a stipend of $4000 to each accepted fellow to cover expenses.

In 2018, the Hewlett Foundation announced an initiative to re-think political economy. They argued that the dominant neoliberal approach has been unable to provide satisfactory answers to problems like wealth inequality, wage stagnation, economic dislocation due to globalization, and loss of jobs and economic security due to technology and automation. As a result, they have funded projects across the country to bring groups of scholars and activists together to explore alternatives to neoliberalism.

In 2020, the University of California received a grant to participate in this process and set up a Network for a New Political Economy directed by Neil Fligstein (Sociology) and Steve Vogel (Political Science). The Network has brought together scholars from Anthropology, Economics, History, Geography, Law, Political Science, and Sociology to build a more cohesive critique of neoliberalism and create a positive program for a new political economy. The Network was founded with the idea that for at least, the past 35 years, scholars across disciplines have offered critiques of neoclassical theory and its variants of political economy. As a result, there is a great deal of theoretical work done on issues of the linkages between states and markets, the comparative study of capitalism across countries, and on understanding how markets are the product of social interactions between market actors. The goal of the network has been to foster conversations between these perspectives and share the view that the economy is embedded in political, social, and cultural processes. We are interested in extending these discussions to important societal issues like racial and gender inequality and climate change. 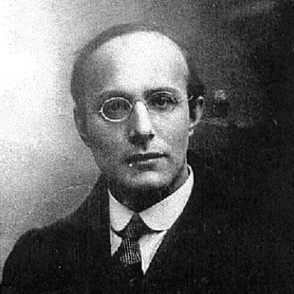 To allow the market mechanism to be the sole director of the fate of human beings and their natural environment….would result in the demolition of society
– Karl Polanyi

In the Summer of 2022, we intend to bring 10 graduate students from around the world representing different disciplines together for a two-week workshop at the University of California, Berkeley. To be eligible, students must be pursuing a Ph.D. in Economics, History, Political Science, or Sociology and related fields with a focus on political economy and have defended their dissertation prospectus.

The fellowship has three goals:

The workshop will be organized by Network directors Neil Fligstein and Steve Vogel, as well as a Faculty Steering Committee: Danya Lagos, Chris Muller, and Suresh Naidu.

The Workshop will take place from June 6-June 19, 2022. Fellows will be given $4000 to cover their expenses while at the workshop. The workshop will consist of presentations of work by Fellows, speakers who will offer their take on the new political economy, and the opportunity to meet informally amidst the beauty of the Berkeley campus.