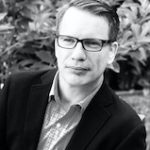 Richard T. Ashcroft is a Lecturer in the International and Area Studies Program at the University of California, Berkeley.  His research centers on the relationship between citizenship, the nation-state and globalization, with a particular focus on postwar multiculturalism. He has edited two books, Multiculturalism in the British Commonwealth: Comparative Perspectives on Theory and Practice (University of California Press, 2019) and Multiculturalism in Contemporary Britain: Policy, Law and Theory (Routledge, 2019), and published articles on Brexit and Scottish nationalism. His book manuscript, Rethinking Liberal Multiculturalism: Culture, Meaning and Pluralism, explores the consequences of post foundational philosophy for cultural diversity in liberal democratic societies.

Steven K. Vogel is Chair of the Political Economy Program, the ll Han New Professor of Asian Studies, and a Professor of Political Science at the University of California, Berkeley. His books include Marketcraft: How Governments Make Markets Work (2018), Japan Remodeled: How Government and Industry Are Reforming Japanese Capitalism (2006), and Freer Markets, More Rules: Regulatory Reform in Advanced Industrial Countries  (1996). 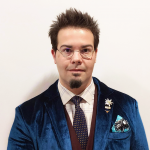 Konrad Posch is a Ph.D. candidate in political science in the Travers Department of Political Science at the University of California, Berkeley. His dissertation examines the variety of ways regulators respond to disruptive technological innovation in advanced industrial democracies. His research interests include regulatory politics, comparative political economy, and law and political economy with a particular focus on the politics of technology and national models of welfare capitalism. With a background in physics and mathematics, he also works on the deeper insights we can gain from qualitative and multi-method research based on deep case knowledge as well as the potential for computational methods to bridge the qual-quant divide.